Erie’s football spirit punched everyone in the face this season with an iconic win, several highly attended bashes and decked out spirit wear. The Homecoming Kickoff Bash on Sept. 10th provided a buffet dinner featured in the town square, as each department of Erie provided carnival activity booths. The Erie Football team provided an arm wrestling booth, and across their way was the Erie Choir’s karaoke booth. Cheerleaders broke out the face paint as the Softball team set up their speed pitch game, along with Tennis’ ping-pong table. Each table cost one to two dollars and dinner cost $12 in attempt to raise money for the school.

What would Homecoming be without its Spirit Week? This year’s student government came up with spunky themes for each day of the week as the Homecoming football game approached. America Day landed on a Monday, and despite the fact it was on a Monday, students from all grades did not hesitate to whip out their red, white, and blue. Tuesday’s tacky tourist theme attracted obnoxious Hawaiian shirts and brought back socks and sandals for a day. Wednesday implied that all grades to dress differently; freshmen dressed as babies, sophomores as tweens, juniors as millennials, and seniors as the baby boomers. Thursday called two polar groups of society to compete in fashion; hippies won against the hillbillies by a landslide, but the Hillbillies lost with dignity. Friday painted it orange, and students of all grades represented Erie with our first ever Orange Out! 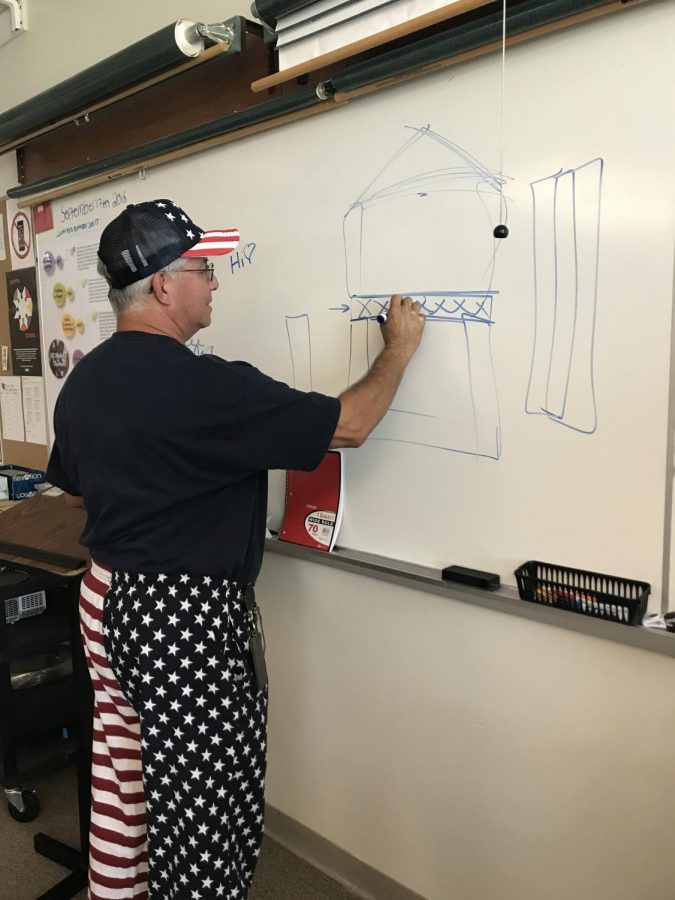 Everyone at Erie High School knows that the place to hear a proper war cry is at the pep rallies. Routines displayed by both the cheerleaders and dance team riled up the entire student body! The cheerleaders exhibited their enthusiasm with their difficult stunts and electric tumbling. Of course, our freshman prank was a huge hit, as was the traditional tug of war competition, and the mini dodgeball tournament. Homecoming Royal Court was announced, and as the rally came to an end, all four grades joined in unison for the Do-It! cheer; seniors took the pie for best participation. 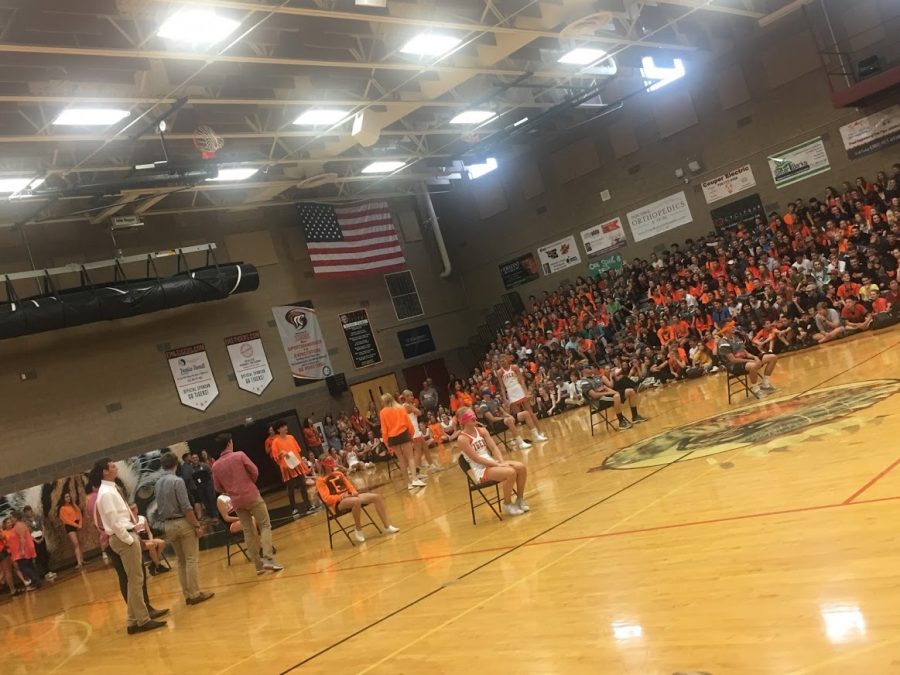 The weather was just right, and faces of all ages gathered in the front courtyard of Erie Middle School. Homecoming Royalty straightened their sashes as they sat on their convertible cars, Band got in formation as their drum line readied the crowd. Cheer, Poms, Volleyball; pretty much every sports team at Erie and more paraded down Briggs Street with the sun shining bright on their floats. Children on the sidewalks scurried to retrieve their parade candies and waved at the cool cars and tire trucks passing by. Even kids from the newly established K-8 school Soaring Heights dressed in neon green as they were welcomed by our loving town. Shortly after Erie’s Homecoming Parade, the race to find a good parking spot and a high bench on the bleachers broke out like Black Friday.

Seven o’clock rolled around, and people were situated in their clumps of neon orange. The high school choir walked out in an orderly fashion as the football players took a hand to their hearts. A hush went over the crowd as all five choirs at Erie came together and projected their astonishing sound when they sang the national anthem. The football team ran out onto the field with deliberation, and the pinnacle of homecoming week began. Erie played against Canon City, and won 55-7 and what a game it was! The homecoming dance came the night after, and Erie’s Student Government really outdid themselves. The school’s big gym was transformed into a club like environment, with light displays, and a DJ with synth lights.

Homecoming really came in with a bang, and despite the sad breakups during the dance, Homecoming Week of 2018 will definitely be remembered.