Live Action Mulan: Is it Worth Watching? 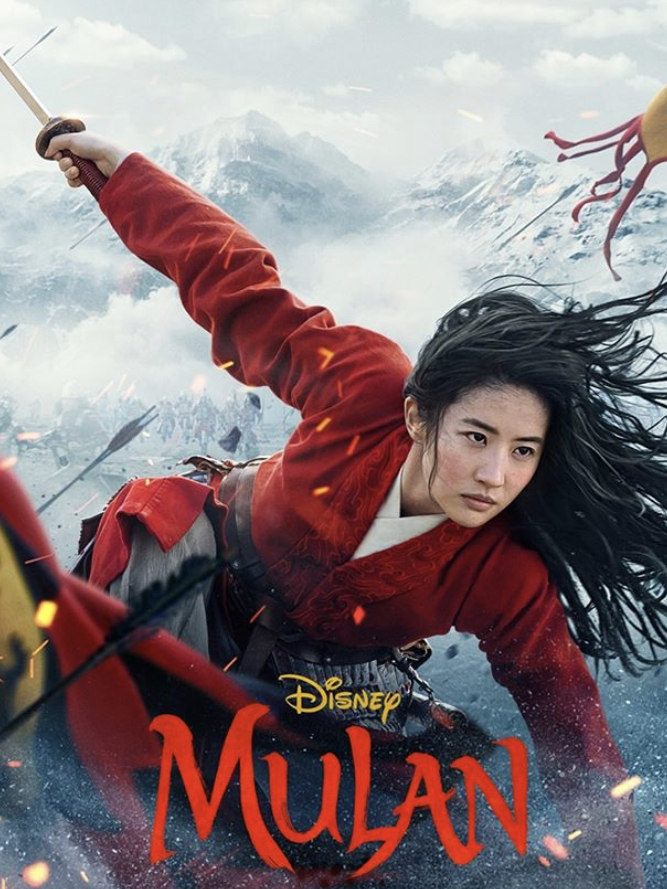 On September 4th, Disney Plus released their newest movie, Mulan, a modified, live-action version of the 1998 original. This version movie features action scenes, new obstacles for Mulan to overcome, and even a female antagonist.

The movie begins with a young Mulan running around her village to capture an escaped chicken, but ends up leaving the village in disarray. As Mulan grows up, she continues to have a fierce personality but is still learning her place in her family and society, where she feels she does not quite fit in.

When Bori Khan, the new villain of the movie, attacks China, the emperor declares one man from every family shall fight in the war. Similar to the original, Mulan takes her father’s place behind her family’s back, where she hopes to bring them honor.

In the film, Mulan faces even more challenges to keep her true identity a secret, physical work that will test her, and a new character in the movie, a witch, Xianniang.

Mulan must stay true to herself and do what’s right in order to not only bring honor to her family but to save China.

Overall, the movie was… okay, the plot was fairly similar to the original.

Watching the movie, there was a lack of songs compared to the original. They have instrumental versions of Reflection and Honor To Us All, but no lyrics from the 1998 version. I feel if they had added some songs to the movie, it would have been nostalgic for people, as well as interesting to how they’d put a modern spin on Disney classics.

There are also gaps in characters such as Mushu, Cricket, Grandmother Fa, the ancestors, and Li Shang, who gets replaced by another male character. I, along with many fans are upset that so many characters got taken out, these are the people who made the original fun to watch. Mushu provided much of the comical relief in the 1998 version, so without him, the movie is bland.

On the other side, a few new characters were introduced, such as Mulan’s sister and a new guardian spirit to watch over Mulan. Mulan’s sister had no impact on the plot, and was absent for most of the film, while the guardian spirit, a phoenix, led Mulan through many challenges. The phoenix is symbolic throughout the movie and adds to the depth and meaning, it is also very beautiful.

With a live-action version, a new cast must be brought in, including Liu Yifei as Mulan, Jason Scott Lee as Bori Khan, and Jet Li as the Emperor. These actors are Chinese by heritage, which makes the movie seem very real and authentic. Many fans were worried about it being “white-washed”, that the Chinese culture would not be represented well, however, this was not the case.

You can watch the new movie on Disney Plus by getting premier access, where you can watch an unlimited amount of times. You can also wait until December 4th to watch the movie for free.