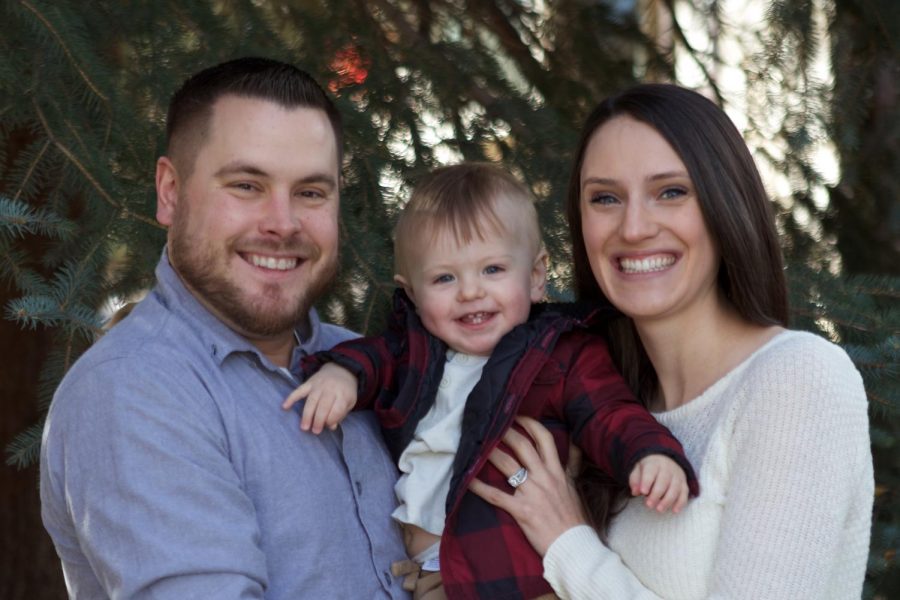 Until 1993, parents were not guaranteed a job if they took time off to take care of their newborn children. But, now things are different, and parents who take leave are guaranteed their job if they meet certain requirements.
Maternity leave is a 12 week period new mothers are allowed to take off work. In America, the Family Medical Leave Act [FMLA] requires companies to give new mothers the maximum of 12 weeks off, but does not require them to pay those new mothers during those weeks.
For teachers in St. Vrain this is a stark reality, as they have to use up sick days during their leave to take care of their new children. Once those days are used up, they get no more pay, and often have to return earlier than the 12 weeks.
Being a teacher requires a lot of work, Lindsay Fox, a teacher a Erie, who recently had her second child, expressed that “it’s unlike most jobs where you can just leave… and say see you later… I had to get a long term sub. But I really had to help him prepare. You can’t just drop somebody [in] random[ly]… you’re having to do a lot of front loading on the planning.” Even during their leave, teachers are still having to plan and interact with the school on some level.
Danielle Jones, who recently gave birth to her first child, is also one of those parents, and one who has felt the effects of unpaid leave. She said that “I feel as though if it was paid, it would be nicer, you wouldn’t be as stressed, and women would feel more likely to take more time with their child.” because “ those are times you can’t get back.”

Currently in St. Vrain, Matt Hicks, a math teacher at Erie, as well as some others, are currently pushing to get paid maternity and paternity leave for teachers in the district. “Right now, teachers who want to get paid at all, they have to use their sick time. And they can use up to 12 weeks, but almost nobody has 12 weeks saved up of sick time.” This is important is because not everyone can afford to take off the entire leave, despite the positive impact spending those whole 12 weeks has.

But what are the reasons St. Vrain might allow paid maternity and paternity leave?

According to Mr. Hicks, having paid maternity and paternity leave would “make what our district offers better than what everybody else offers, so that people… are excited to come work for St. Vrain.” Meaning that St. Vrain would not have to worry about having enough staff members, and they would be getting good teachers.

Those aren’t the only benefits of paid maternity and paternity leave. According to the Institute for Women’s Policy Research, “paid leave increases the likelihood that workers will return to work after childbirth, improves employee morale, has… positive effects on workplace productivity, reduces costs to employers through improved employee retention, and improves family incomes.” This means St. Vrain not only would be gaining more staff, but that their staff members would be more likely to work better, improving many things within the district.

As a school district whose goal is to take care of children, giving paid maternity and paternity leave would help them fulfill their goals.

If paid maternity and paternity leave has so many benefits, what’s stopping St. Vrain from letting it happen?

“Apart of it is the cost… involved with it, and that’s always an issue to look at.” Hicks acknowledges “Every time you pay out money in one place, there’s less money for other things.” If St. Vrain is going to have paid parental leave, it would need to have enough money, and maybe even be willing to take that money from other places.

“Change is always a process, nothing ever happens very fast, especially in large entities like a school district.” Hicks says, hopeful that within the next year or two, paid maternity and paternity will happen.