Opinion: Trump Impeachment: A Frightening Abuse of the Constitution 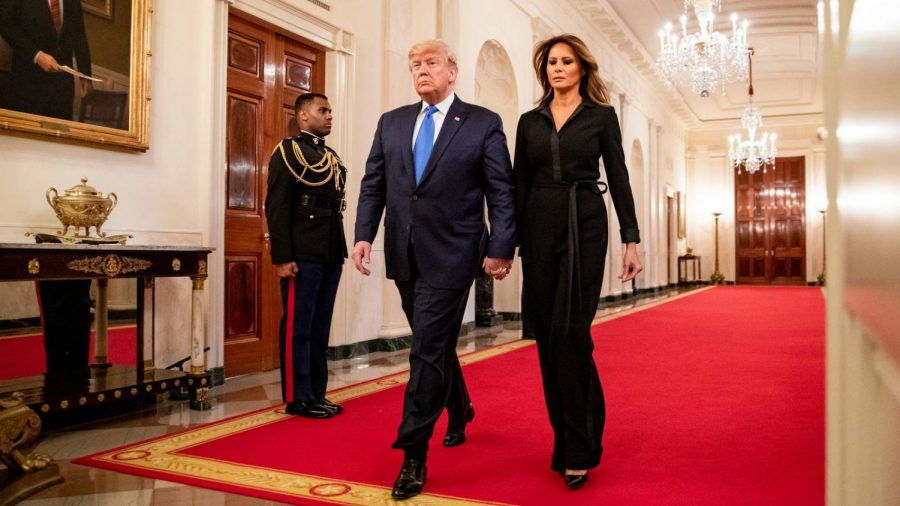 DECEMBER 13th, 2019 the House Judiciary Committee approves 2 articles of Impeachment against Trump, moving them to be voted on by the full House of Representatives sometime early next year.

The 2 articles of impeachment claim President Trump has “abused his office to enlist a foreign power in corrupting democratic elections” and “obstructing investigations carried out by congress by forcing widespread defiance and refusal to testimony”.

Both of these articles refer to the controversy between President Trump and newly-elected President of Ukraine Volodymyr Zelensky. The Trump administration has been accused of forcing Zelensky to investigate former Vice President and current Democratic candidate Joe Biden and his son, Hunter Biden for illegal dealings and mishandling of justice.

President Trump and many others accuse Joe Biden with withholding funds from Ukraine until their top prosecutor at the time, Viktor Shokin because Shokin was allegedly running an investigation into Hunter Biden’s business dealings in Ukraine in and before 2016. On December 15, 2015, while Joe Biden was still in office, Biden “told Ukrainian leaders to fire Shokin or lose more than $1 billion in loan guarantees.” (New York Times)  Joe Biden was quoted last year  on live television saying “…you’re not getting the billion. I’m going to be leaving here in, I think it was about six hours. I looked at them and said: ‘I’m leaving in six hours. If the prosecutor is not fired, you’re not getting the money, well, son of a b*tch. He got fired. And they put in place someone who was solid at the time.”

The dealings between the Bidens and Ukraine is what set Mr. Trump to get the Department of Justice and Ukraine under new leadership to investigate what happened. Unfortunately for Trump, Joe Biden had entered the 2020 presidential race. Trump’s investigation inquiry to the Biden dealings is what many Democrats saw as a blatant attempt to meddle in the 2020 election.

On August 28th, 2019 the Trump Administration withheld $250 million dollars of military aid to Ukraine, for reasons still controversial. The State Department said it was part of an “interagency delay”, while Democrats say it is because “Trump was using that money to force Ukraine into investigating Biden, and corrupting the 2020 election.” Neither explanations have been proven true.

At the very least, at this moment, the Democrats supporting the articles of impeachment have not been able to definitively prove that President Trump’s intent was to have a foreign power. The issue most conservatives have with the impeachment trials starts with the Russia investigation in 2016 led by Special Counsel Robert Muller.

After the 2016 election, where Mr. Trump defeated Hillary Clinton, many Democrats blamed the Russian Federation in election meddling, allowing for Mr. Trump to win. Soon after Trump took office, Robert Muller began a very detailed and costly venture to find russian collusion. However, after nearly 3 years and millions of dollars spent, Muller came to the conclusion that Russia had not been working with Trump to win the election. This made Republicans feel that Democrats are trying very hard to get Trump out of office, and not for legitimate reasons. It is no secret that Democrats despise President Trump, one such Democrat saying “We’re going to go in there and impeach the motherf****r, “said Democrat Rashida Tlaib, and Kathy Griffin holding a disembodied bloody head of Trump in 2017. It is clear that the Democrats have little restraint when talking about how they feel about Donald Trump. The Russia probe was thought by many to be a blatant attempt to get Trump removed from office, and there were many talks of impeachment before anything with Ukraine surfaced.

The outrageous case of Jeffrey Epstein in 2019 is another thing giving Democrats little credibility and Republicans a lot of doubt. Epstein was a monstrous child trafficker and pedophile, who’s testimony could have exposed many high ranking members of government, including Bill Clinton. However, while awaiting trial in a maximum security prison, Epstein allegedly commit suicide by hanging. The issue with the Epstein case is that the guards protecting him seem to have dissapeared during this time, and one autopsy showed that his injuries were more indicitave of homocide, not suicide. Soon after,  Dr. Daniel P. Greenwald, said to be Epstein’s plastic surgeon, was killed in a plane crash caused by the “Wrong fuel” being put into the plane. The chances of the wrong fuel being put into a plane are slim to none, making the idea of sabotage a likely and realistic idea.

The Russia probe and the Epstein conspiracies have filled Republicans with a lot of doubt, seeing that the Democrats could very well be out to get those who oppose them, and those who could expose them.

DECEMBER 18, 2019; The House of Representatives approved both articles of impeachment against President Donald J. Trump, accusing him of Obstruction of Congress and Abuse of Power. Every Democrat except two for Abuse of Power and three for Obstruction of congress. Not one single Republican voted for either article, making it the only impeachment in history to be relied on entirely by a house majority. The complete lack of Republican support shows that President Trump is most likely not worthy of impeachment; if a President were to commit such “High Crimes and Misdemeanours”, there would undoubtedly be bipartisan support.

However, because the articles of impeachment have not reached the Republican controlled Senate, the chances of Trump being removed from office are very, very slim. Senate Majority Leader Mitch McConnel (R) has said previously that the articles, when presented to the senate will be “dismissed immediately.”

If Trump were to not be removed from office following the Senate vote, the impeachment has very little effect on Trump, and if anything, gives him a greater chance to be re-elected. According to a Gallup poll, Trump’s approval rating has increased a whopping 6% since Nancy Pelosi announced the house would move forward with impeachment.

All Trump has to do, and has been doing, is show how the Democrats are just trying to get rid of him because they are “corrupt”. Though Donald Trump has become the 3rd President in history to be impeached (not counting Nixon), the chances of it hurting him at all are quite slim.

However, nothing is set in stone yet. There is a chance that the Republican controlled Senate could approve the Articles of Impeachment and remove Trump from office, and disqualify him from running for president in 2020. The impeachment has reached its most important and most interesting stage, now the world just has to wait.