Why Colorado is the Best State in the USA 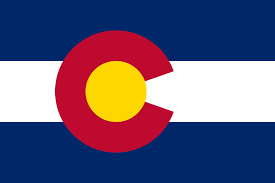 There are many good states in this country, such as  California, Texas, New York, Washington, and Massachusetts. All of these states are good in their own ways, but they all have problems. Just like every state in this country Colorado does have problems, although when compared to other states these problems seem minuscule.

This state is so great and people like it so much they are starting to move here, due to the landscape and economy. Colorado is one of the most beautiful states in the country. The most beautiful part of the state is the Rocky Mountains. This range is at its highest in Colorado. The range starts in northwestern Canada and ends in the state of New Mexico.Which is why Colorado has 53 mountains that are taller than 14,000 feet. Alaska is the largest state in the country and is at second with only 29, 14ers. With all of these tall mountains, it makes a beautiful place to visit and since it, as a low population in the mountains there, it is not too crowded. Colorado has many different types of biomes in the state. In the east, they have plains and is where 80 percent of the population lives in the 10 largest cities. Most people live here because they live right next to the mountains giving them the ability to  see them but they avoid the snow and the cold that comes with the Rockies. It is also much easier to build things since the ground is not as rocky. The mountains are where most of the hiking destinations and the ski resorts are. This is where many people will head if they are visiting Colorado. People can go to the mountains year round for activities such as hiking in the summer or skiing in the winter. It is easy for people to get to the mountains from other states if they fly into the DIA and then drive to the ski resorts and hotels in the mountains.

Colorado does have a desert as well in the western part of the state. This is where the state touches 3 other states at the historical Four Corners where it is next to Utah, Arizona, and New Mexico.

Not only is Colorado a beautiful state but it also has the best economy in the country for 2018 and 2019 and was ranked number ten for the best states claims U.S news.  The unemployment rate was 2.6 percent in October 2019. On another survey, it is the 5th best state to live in. When you look at surveys about what states are the best you can see Colorado always in the top ten or higher. When you see these lists you don’t see other states at the top as often as you see Colorado up there.

I am not the only person who is saying that the State of Colorado is the greatest. People have been moving here for the past 30 years in droves.  In 1990 Erie had 1,000 people now it has 26,000 which means Erie’s population itself has increased around a thousand people per year. This, of course, is not only happening in Erie but all over the Front Range which makes up over  80 percent of the Colorado population. There are many different reasons why this is happening. Some of these reasons are good and some are not. Some of them are caused by Colorado and some had to do with other states. This is not a heavily populated state yet it can compete with much larger ones. This has to do with where this state is located.

Colorado is double landlocked state. Which means you have to go through at least 2 other states to get to the ocean. If you go in a straight line, you have to go west 1,000 miles and esat 1,635 miles on the other side to get to the ocean. Normally if you want to do well as a state you need to be next to the Ocean or a Great Lake. Colorado is still able to thrive even though it is a landlocked state with a huge mountain range running right through it.

To fully understand this state we need to go to the 1800s to get a better understanding of it. The Town of Erie is older than the State of Colorado by 2 years. Colorado became a state in 1876, 100 hundred years after the US became a country, which is why it got the name Centennial State. In the 1800s Colorado had a gold rush similar to California’s gold rush but much smaller. Before almost no one would stay here because you can’t cross the mountains at this part with a wagon. Colorado still stayed small did not go over a million people until 1930. The boom began in 1990 and we have gotten 1.75 million in the last 30 years. It is the 5th fastest-growing state with a 13.41percent growth since 2010. Colorado now as a population of 5.7 million people and it is still growing.

So what are the bad things about colorado? Well, the biggest thing is the growing pains that this state is having to handle with all the people moving here and everyone who does move here is only moving to the Denver and Colorado Spring metro areas.  With the increase of people moving in one area more needs to be built to support the higher population. With all the people that are moving here, they are able to pay for all the improvements that are being done to the roads. The other two downsides are unable to ever be changed.  That it snows here and that there are no oceans or large lakes and the largest body of water is man-made reservoirs. This downside is based much more on different people’s opinion. Some people hate the ocean so they are completely fine with there not being one. Some people do like the snow and the snow is how this state gets its water and how Azorina, Nevada and some of California get their water supply The snow is a very important part for Colorado and for the states southwest of it. Like all states Colorado does have its downsides.

With beautiful landscapes and a booming economy Colorado is easily the best states in the United States of America.