A Perfect Movie for Having a Case of Deja-vu

For a movie released on Friday the 13th, this will keep you on edge! 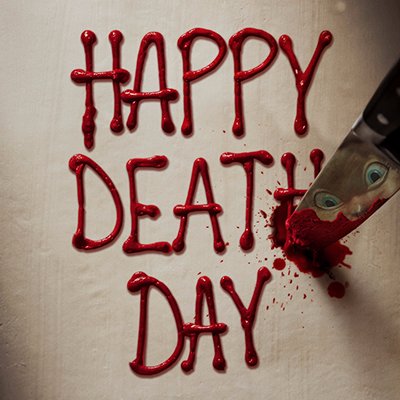 Time loops are of endless fascination for most of humanity. The intrigue of such an experience, known or not, is the epitome of a curiosity. Movies involving time loops, or the breaking of time, have been created for many decades. The movies, Looper, Doctor Strange, Groundhog Day, Terminator, and the Edge of Tomorrow all include some sort of time loop. A more recent movie, Happy Death Day, includes a time loop on the main characters birthday.

Happy Death Day is about a collegiate girl named Tree. As one of the most rude, disrespectful, and self-centered girls in the entire school, Tree carries darkness from her past with her. On her birthday, Tree wakes up in another college student’s (Carter) bed. The day follows out, with the usual hectic college occurrences.

At night, the horrors start. As Tree rounds a corner, approaching an unknown haunting noise, she enters a small underground tunnel.

Without any warning a terrifying, masked person attacks her, and she is killed.

As Tree wakes up the next day, in the same bed, the same things occur throughout. Her feeling of deja vu increases, and eventually, as the day ends, and she is killed in further gruesome ways. Tree soon realizes she is stuck in a time loop. Turning to one she knows she can trust, Tree talks with Carter, and as the days go by, and she is killed over and over, Tree attempts to find her killer.

One things motivates her to seek them out more than anything: as Tree is killed, her body is affected by the attacks. With her weakness, comes the fear of her true death and the need to stop the loop over all else.

In a lot of time loops, death is not a true fear because the loop itself disallows for death, allowing the person stuck in it to live or die the same day, repeatedly. In Tree’s case, she does fear death, when the possibility of escaping becomes less likely as her body begins to fail.

An interesting thing about Happy Death Day is the false endings. In the theatre, people actually began to gather their things, and leave, without knowing about the continued plot.

The movie had a nice denouement, and a twist ending that was not quite expected. Problems resolved, lessons learned, love found; this movie (though a bit cheesy) was a nice way to end an afternoon, and could be the type of movie watched over again, though maybe not in the dead of night.