The Unassumingly Explosive History of Building 3 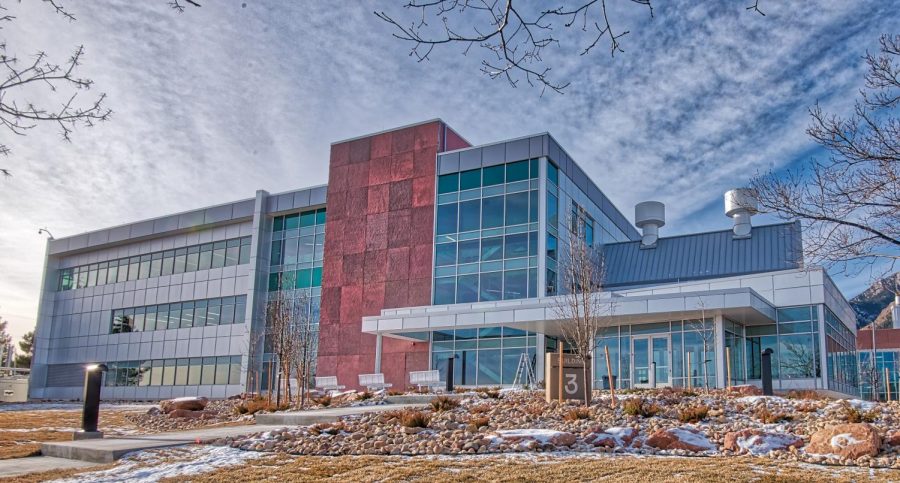 Did you know that the ingredients of the first hydrogen bomb were (probably) made less than 30 miles away from you? If you’re in Erie, that is. Or if you’re in Boulder County Erie, or other areas of Boulder or even Broomfield County, it may be (much) closer.

During the 1950s, the United States was creating hydrogen bombs. However, they needed somewhere to properly cool and liquify the hydrogen where no one would know that it was going on. So they chose the National Institute of Standards and Technology (which will be referred to as NIST) in Boulder to create the machines to make the bombs. They built a building specifically for this. That building is known as Building 3. Ironically enough, it sits right in front of a cemetery.

NIST first came to Boulder when the city, and its residents, outbid several other cities to be the second site. (The first is in Gaithersburg, Maryland). President Truman wanted the construction to be away from the D.C./Metro area. Several cities were considered. However, Boulder pushed the hardest for NIST to come to their city. They bought copious amounts of land from residents to have enough room for NIST- more on that later. Boulder was subsequently awarded the second location of NIST. The president at the time of the completion of the location, Dwight D. Eisenhower, dedicated the building. It is a recurring joke among employees that some of the bathrooms in the main building (only in the work areas) haven’t been updated since then.

Now to the Building 3.

Building 3 was built in 1952 for the sole purpose of producing deuterium, or heavy hydrogen.

Back up in time a few years to 1949, when Russia tested its first atomic bomb. This spurred President Truman to make the decision to authorize the creation of the hydrogen bomb. One thing Truman did not want was for the creation to be in the D.C. area. So, the Secretary of Commerce notified Senator Johnson from Colorado (conveniently) who was the head of the Senate committee responsible for selecting the specific location. NIST, then known as NBS, or the National Bureau of Standards, had already been selected as the government agency responsible for creating the building. The site was also originally intended to be a radio testing area, which it did serve as before the atomic research facilities were installed there. The head of the NBS, Edward U. Condon, had been to Echo Lake for the Cosmic Ray Symposium a year or two earlier. He had also been to the Flagstaff area of Boulder for a July 4th chuckwagon dinner. He remarked at the time that Boulder would be the perfect place for the NBS radio facilities.

Of course, he could not just decide to put the second headquarters of the NBS in Boulder. So, he, with a committee, formed specific location requirements for the facility. The requirements were as follows: It had to be in a town or small city (at the time Boulder had 20,000 people). It had to have a university (CU). It had to be within reasonable distance of a large city (about 20 minutes from Denver). It had to be a noncongested area (the Boulder area was mostly farmland then). It had to be in an area with diverse terrain (mountains to the west and plains to the east). And finally, it had to be reasonably accessible from the rest of the country (DIA).

It seems quite probable that these requirements were created with Boulder in mind. However, Condon and his committee could still not just give the NBS facility to Boulder. They observed 28 sites and narrowed it down to 3. Boulder (duh), Palo Alto, California, and Charlottesville, Virginia.

When the Boulder Chamber of Commerce learned that they were in the top 3 (which they had foreseen for some time), they immediately notified Condon and Johnson that they would provide 217 acres of land for the NBS facility. At this point, Boulder was given the NBS facility. However, they still had to buy the land that they promised Condon and Johnson. On February 27, the Chamber of Commerce formed an aptly named Standards Committee with the task of raising 70,000 dollars to buy the land. (It is worth far more now). On April 1st of 1951, they began raising money. They raised 90,000 dollars by April 17, just two weeks and two days later.

The project had been kept a secret until the Boulder Daily Camera ran a story on March 28, three days before fundraising began, about the atomic research facilities coming to the Boulder area. One, obviously, was the NBS buildings located at the intersection of Broadway and Baseline. The other was a plutonium plant 7 miles south of Boulder called Rocky Flats.

The original purpose of the site had been to test radio communications. The main building did that. The other two buildings, Buildings 2 and 3, were for deuterium production and liquefacation. They served that purpose until 1978, when the Boulder nuclear programs were discontinued. Building 3 was shuttered, as more of the nuclear, though not radioactive, activity had occurred there. Building 2 was partially repurposed to house measurement materials, and non-nuclear cryogenic research continued there for some time.

Fast forward 50 years to now. Building 3 is something else entirely. Throughout this past two years, it has been undergoing extensive renovations to make it into a world-class technology lab. Now, NIST researchers are creating a broadband network for police, EMTs, firefighters, and first responders to use to communicate during emergencies. Building 3 had its official reopening and ribbon cutting on May 4th.

From creating literal bombs to helping save lives via improved communications between first responders, with plenty of great stories in between, Building 3 has an unassumingly explosive history.