What is next for net neutrality?

On Thursday, the F.C.C. voted to remove internet providers from Title II of the communications act. 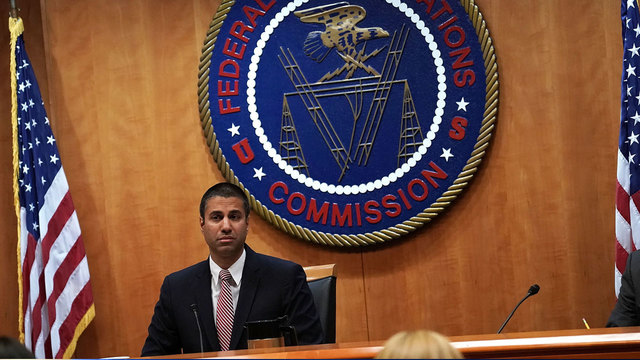 The Federal Communications Commission voted on Thursday to roll-back an Obama-era decision to classify internet providers under Title II of the communications act.

The net neutrality regulations were in place to prohibit internet providers from blocking access to content and to prevent the ability for companies to pay to have ‘fast lanes’, which would give them an unfair advantage over competitors.

Leading up to the vote, hundreds of protests across the country broke out. Many big companies and figures in the online presence, such as Netflix, also encouraged people to speak up against the repeal.

The fear of rolling back net neutrality is that internet providers, like Comcast, will start charging consumers to access different sites and content. Many pictures circulated the internet with statements as great as charging $2.99 per google search or $9.99 for every Netflix movie you wanted to watch. More subdued versions gave examples such as content packages, where you would have to pay extra for social media sites, and more for news content sites. The argument is that this could hurt start-ups businesses or even leave them completely helpless by charging them tremendous amounts to be able to be accessible.

Even with Net Neutrality rules in place, companies have already tried pushing the limits, such as when in 2012, AT&T blocked facetime from being used over their cellular network. They made it so only customers who were on their new shared data plan would be able to use FaceTime over cellular, and customers on older plans would be blocked from using it.

All of the potential leaves a rightful fear, but the flip side has a different story. F.C.C. Chairman Ajit Pai says that
“We are helping consumers and promoting competition… Broadband providers will have more incentive to build networks, especially to underserved areas.”
Another reason they wanted to discard the regulations is because of the limits in place, they were not expanding or upgrading their networks as frequently as they would have wanted to.

But despite all the frenzy about what could happen, there is not a clear path at what is in store for internet users. Major telecom companies like Comcast have promised that users will not experience any change. David Cohen, the senior executive vice president at Comcast, wrote in a blog post
“There is a lot of misinformation that this is the ‘end of the world as we know it’ for the internet… Our internet service is not going to change.”
Even if there are changes, there will not be any in effect in the close future. It will take weeks for the repeal to be official, but the fight against it starts right away. Multiple lawsuits are being filed against the change. All for the ultimate goal, far-off but reachable, of passing some legislation through congress that will make net neutrality permanent.