A Chapter Of Erie’s History Is Over: The Miner’s Tavern Says Goodbye 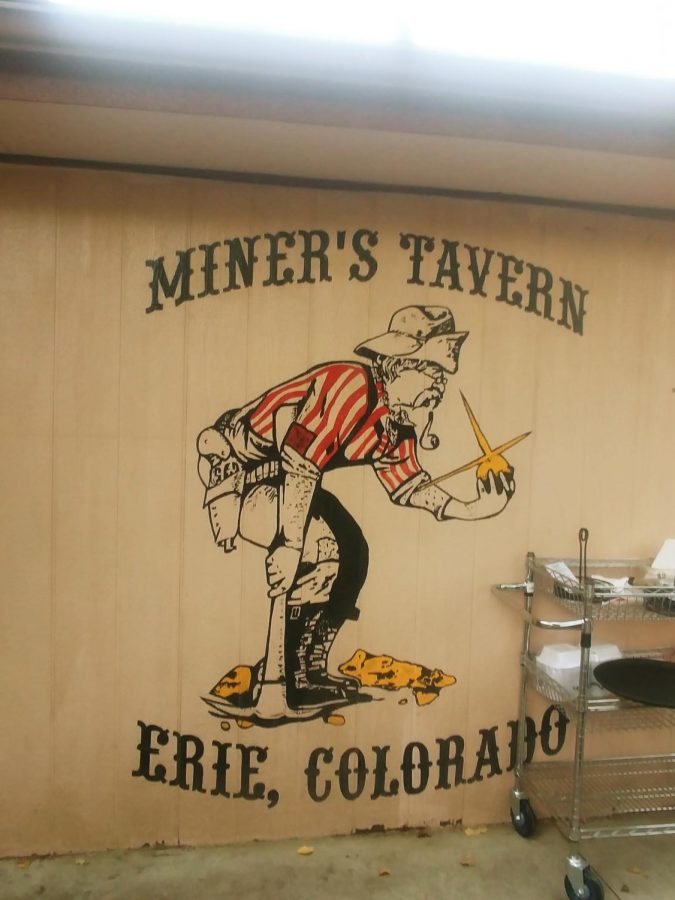 Mural On The Back Porch Of The Miners Tavern

Today marks the end of an era. Another restaurant is closing, this time it’s the long standing Miners Tavern.

Established in 1926, the Miners Tavern is one of the oldest restaurants in Erie. For nearly a century, it has been a place to come and relax with friends and family. It has been a constant in Erie resident’s lives. Today, however, is it’s last day in business. This news has caused a variety of emotions in Erie residents, from anger to sadness and everything in between.

Korinne Epstein, a manager for the Miners Tavern says, “You’d be surprised by the number of mean and angry messages that we’ve gotten this week… But there are way more people who have said positive things.”

She has received these sentiments not only from current Erie residents, but also from people all over America, “It’s amazing,” Epstein says, “I had someone reach out from, like, Chicago and Hawaii, and all over the place. People who’ve been here before, and are just sad, or angry, that this place is closing.”

For many, this place holds good memories. Epstein reminisces that, “Couples [have] met here, went on first dates here, had baby showers here,” and that, “The amount of memories that people have in a place that’s been around for this long is heartwarming and heartbreaking, when it comes to closing.”

This sentiment is reflected within the Erie community quite strongly as well. Many feel that the Miners Tavern is a place for friends and family to get together, and just exist.

Scott Griffith, a resident of Erie and a customer, says, “Every small town in America should have… their bar. A bar is not only a place to gets wings, a beer, and hang out, it’s also a place of community. It’s a place where people need to come and feel comfortable.”

He is not the only one to feel this way. For some people, The Miners Tavern was one of the first places they got to really get out into the community. Mike Marlo, a resident of Erie recalls, “This is probably one of the first places we came to when we moved to Erie. It’s a nice, family place to go to… So [I was] pretty sad when I found out [it is closing].”

For Epstein, she will still have a place of employment, since she worked for the owner’s software company as well. This, however, leaves her with mixed feelings.

“When I see everyone else losing jobs, and I’m the one keeping a job, it’s kinda an icky feeling… The other employees are losing their jobs, and that really stinks,” She says.

With the COVID19 pandemic, many people have already lost their jobs. Though this is not new to the community, it is still unpleasant for them, especially since people have been expecting the effects of the pandemic to be over soon.

Epstein comments that, “I think that everybody just wants COVID to be over with at this point. [But] the Tavern closing is an indication that it’s not. And that is really tough for people… we’re all just sick of it at this point.”

While the Tavern’s loss will be felt for a while, the future is not entirely bleak. There are still some residents who believe that new places will come and fill the hole left by theTavern.

Griffith says, “In small town USA people grow with the changes. My hope is that another establishment, similar to this, will begin to gain traction and will become the new ‘watering hole’.”